There’s nothing that I look forward to more than picking up my knitting needles at the end of a long day’s work on the farm.  Knitting, or any form of crafting, can be so relaxing for our minds and bodies, as well as a great way to unwind.  But the benefits of crafting for your homestead & mental health go far beyond that!

Everything including cooking, food preservation, fabric arts, gardening and baking are all creative activities, and I’m just scratching the surface!

“Back in the day”, our grandmothers and great-grandmothers even made the family’s clothing and quilts as a matter of necessity!  Women gathered together to share in these large tasks, and in turn created an environment for learning from the older to the younger women.  No one complained about depression back then, there was too much to do!

While I didn’t grow up in a crafting family, there was something in me naturally that longed to create.  I believe that is the case for most of us, even though our creativity can take many forms.

Growing up in the south, my childhood was spent playing outside: swimming, riding bikes and climbing trees.  I also grew up during the “Women’s Liberation” movement, when many domestic arts and skill where looked down upon, as women pursued careers.

That said, I believe that my mother was ashamed of being a homemaker and didn’t want her daughters to spend their time learning domestic skills, like cooking and laundry.  Instead, I went to work for the family business at about 13 years old.

Entering adulthood without a clue as to how to boil an egg or thread a needle, I was domestically handicapped for sure!  Can you imagine?  I didn’t know how to start a washing machine, or even know that clothes needed to be separated before washing!  However, I knew all about the family business, which helped me tremendously as an adult.

I share this about myself to encourage those of you who are insecure about their crafting abilities….if I can do it, so can you!

Crafting, whether it be knitting, sewing, woodworking, cross-stitch, scrapbooking, writing, flower arrangement, etc. is extremely good for our mental health.  These complex activities can create a non-medicinal “high”, so to speak.  When we’re being creative, the brain releases “dopamine”, a natural “anti-depressant”.

“In our contemporary age, when it’s possible to tweet one’s deepest thoughts while waiting two minutes for dinner to warm up in the microwave, this circuitry – encompassing a vast amount of “brain real-estate”, as Lambert says- isn’t often called on to function in coordination and communication, as it seems evolutionarily designed to do.  But when we activate our own effort-driven reward circuitry, it squirts a cocktail of “feel good” neurotransmitters, including dopamine (the “reward” chemical), endorphins (released with exercise) and serotonin (secreted during repetitive movement).” 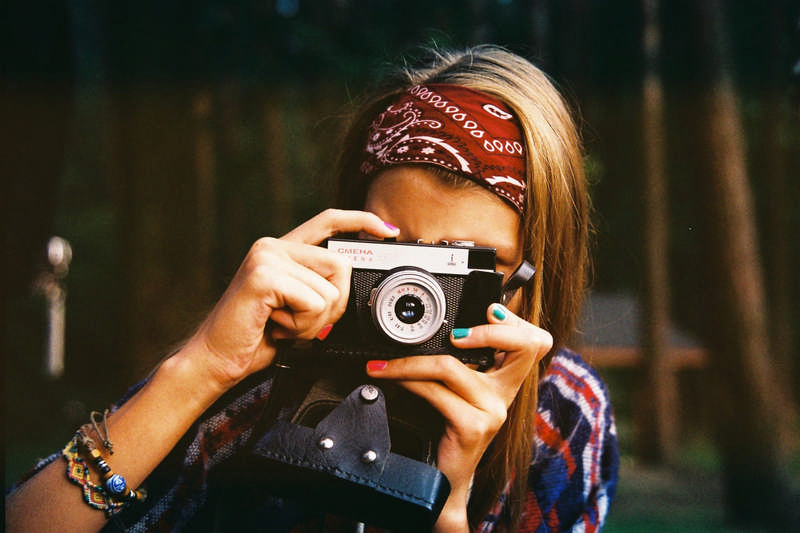 “FLOW” is a Wonderful Thing

More data from psychologist Mihaly Csikszentmihalyi, states that crafting creating a phenomenon called “flow“.  “Flow” is described as “a state of concentration or total absorption with the activity at hand and the situation. It is a state in which people are so involved in an activity that nothing else seems to matter”.

Betsan Corkhill, a UK-based knitting therapist, conducted an on-line survey of 3,545 knitters.  Over half of the knitters reported that knitting left them feeling “very happy”.  Corkill’s study concluded that “Knitting has significant psychological and social benefits, which can contribute to well-being and quality of life”.

Further, the study states that knitters who knit in a group were happier than those who knit alone.

People need people, wouldn’t you agree?  By crafting with others, we receive encouragement, teaching and problem-solving, all skills that benefit the brain.

How to Make a Simple, Reusable Market Bag

Studies show that Crafting is Good for our Mental Health

Studies show that crafting is more than just a pastime, but rather a strong tool for improved mental and emotional health.  According to many mental health professionals, crafting can ease symptoms of depression, anxiety, stress and even PTSD!

If you currently have a craft that you enjoy, give yourself permission to do more of it!

If crafting is something you’ve put aside to do other more “important” things, it just might be time to make a change.

If you’re someone like me, who had to start from the beginning and struggle a bit to learn how to craft, don’t give up!

The benefits are amazing and totally worth it!

If you think about it, homesteading is really just one big creative endeavor!

Think about all of the creative skills that are required in homesteading:  cooking, baking, animal husbandry, gardening, food preservation, foraging, design, engineering and woodworking!  Most of what the homesteader does everyday is create!

Regardless of how tired and sore we get, homesteaders will want more the next day!

Previous Post: « How to Make DIY Vitamin C Capsules
Next Post: How to Make a Simple Envelope Pillow Cover »